Linworth Road Church is led by a plurality of leaders, called pastors, according to the pattern set in the New Testament. The pastors exist to provide over-arching leadership for the body of Christ. They serve by leading, teaching, pastoring, and praying for the church. Pastors, through their example, help set an atmosphere for spiritual growth and meaningful relationships. Working with the members of Linworth, they discern God’s direction, so together, we can fulfill our common mission.

Chris Martin
LEAD PASTOR
Chris began serving at Linworth in 1991, and as lead pastor since 2001. He received a Bachelor of Science degree in Education degree from Ohio State University and has taken numerous graduate seminary courses. Chris is an avid reader of theology, apologetics, culture, all-things baseball, and Russian novels. Chris feels most alive when teaching, building healthy teams, mentoring young leaders, and serving the church overseas. He and his wife Louise have been married since 1986 and have four adult children: Jessica, Daniel, Jordan, and Davis.

FAMILY PASTOR
Rich served for 13 years as Lead Pastor of MountainView Community Church in San Diego, California. Rich and his wife Erin moved to Columbus in 2006. Rich and Erin are passionate about helping families grow into their full potential in marriage and parenting. Rich currently serves as our Family Pastor. Erin and Rich have been married for 35 years and have two adult children, Kendall and Weston.

Nick Carruthers
SPIRITUAL FORMATION PASTOR
Nick has been serving as our Spiritual Formation Pastor since 2015. He received a Bachelor of Science degree in Religion through Liberty University. Nick is passionate about helping believers grow in their understanding of the Bible and how to live it out in our culture. Nick and his wife Faith have been married since 2007 and have four children: Hudson, Miriam, Henry, and Mabel.

Nick LoSchiavo
MUSIC AND CREATIVE ARTS PASTOR
Nick has been serving as the Music Ministry director at Linworth Road Church since 2010. He has a Bachelor of Science degree in Religion from Liberty University. Nick also leads our college ministry and has a deep passion for helping young adults and college students grow in their walk with the Lord. He loves music, fishing, hunting, brewing and drinking coffee, and he also enjoys running. Nick and his wife Jaclyn have three kids: Lydia, Silas, and Lucia.

Mike Faler
Mike has been serving as a pastor at Linworth since 1999. He taught for 30 years in the Worthington public school district. Mike believes he is called to a ministry of evangelism. Through the years, God has given him the opportunity to proclaim the gospel to middle school, high school, and college students as well as people in the community. He is co-director of the Missions and Evangelism ministry and has helped train people at Linworth to share their faith. Mike and his wife Kelley have participated in numerous overseas mission trips. They have been married since 1978 and have two adult children, Micah and Kesha, and three grandchildren.

Bob Valtman
Bob joined the Linworth staff in 1999, serving in the Executive Pastor role, overseeing the office staff and office management. His role changed over the years as staff and management roles evolved. Bob retired from full time staff in 2015, is currently serving as an elder, and continues to oversee the church finances. He graduated from Bowling Green State University in 1975 with a Bachelor of Science in education. Bob worked in the moving business for 24 years before being appointed as a pastor. He has been married to his high school sweetheart, Angie, for 42 years and they have three daughters, Wendy, Tish, and Kerrie, and ten grandchildren.

Bob Hearon
Bob was ordained as a pastor by Linworth Road Church in 2002, and serves as a non- staff elder. He received a Bachelor of Science in Computer Science degree from DeVry University in 1986, and currently works as an independent consultant. Bob’s ministry gifts are in leadership and growing small groups. Bob enjoys playing soccer, roasting his own coffee, making things, and lively discussions about the stuff of life, where we have come from, and where we are going. Bob and his wife Rhonda have five grown children, Lindsey, Caleb, Stephanie, Colin, and Luke; and three grandchildren. 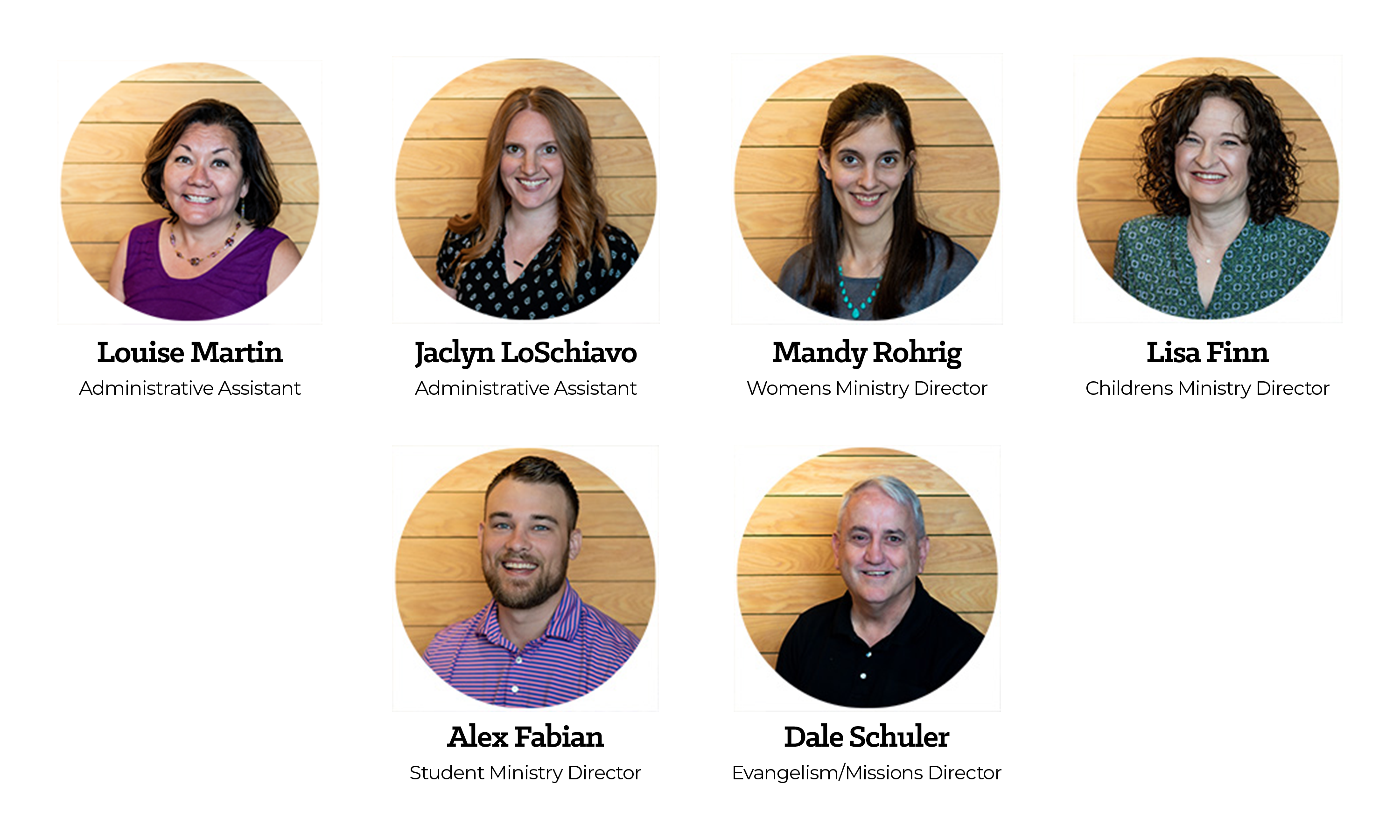